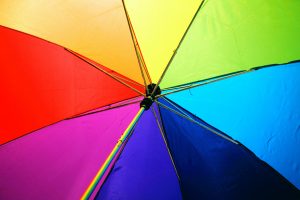 A trade mark serves as an identifier of where the goods and services originate from, in that it allows consumers to identify and recognize goods and services as those belonging to the owner of the trade mark. While it is not necessary to register a mark as a trade mark in order to use it, not only does it value add to a business by providing the owner with rights to control the use of the trade mark, it also provides a defence to the use of the mark by the owner.

On the flip side of the coin, what happens when a registered trade mark becomes synonymous with the goods or services it is registered for? This means that rather than being a symbol of the origin of the goods or services and the owner of the mark, the trade mark has become an indicator of the whole goods or services that it was registered for. In such cases, a distinction has to be made between “well-known marks” and marks that have become a “common name in the trade for the product or service for which it is registered”. “Well-known marks” are generally marks that are considered reputable and that the general public commonly knows about, some examples would be Gucci and Apple. Such marks are highly capable of associating the goods and/or services provided with the owner of the mark. On the other hand, marks that have become a “common name in the trade” are marks that have become generic terms, such as escalator.

As such, the legal strength of a brand may be evaluated within a spectrum, with well-known marks at one end, and non-distinctive/generic marks at the other.

Business owners should therefore ensure that their trade marks are being used by themselves and/or other parties in a trade mark sense, being a means of identifying goods and/or services offered as being those of the trade mark owner. This would minimize the risk of the trade mark becoming a generic term and thereby allow the trade mark to continue to perform its main function as an identifier of origin.

In a nutshell: stay clear of the wrong (non-distinctive/generic) end of the brand-as-a-trade mark spectrum, to optimise brand value and resilience for business growth.