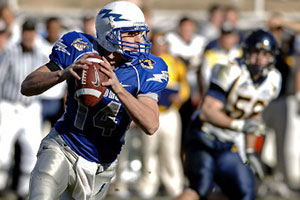 What happens when the owner of a trade mark wakes up one morning to find that their mark has been registered by their business partner without consent? This recent case from September 2014 takes a closer look at the issue.

The Appellant, Mesuma Sports Sdn Bhd (“Mesuma”), is a supplier of various sporting goods, and had been a contract supplier to the Respondent, Majlis Sukan Negara Malaysia or the Malaysian Sports Council (“MSN”), since 1990. MSN is a statutory body formed by virtue of the National Sports Council Act 1971, tasked with the promotion of sports in Malaysia.

In 2005, MSN and the Malaysian Ministry of Youth and Sports co-organised a contest to design a new motif for jerseys worn by Malaysian athletes representing the country. The winning entry, a Tiger Stripes Design (“the Design”), was unveiled on 14 November 2005. The Design was subsequently incorporated into the Malaysian contingent’s jerseys at the SEA Games that same year.

Before MSN could succeed in its claim, the Court had to determine whether MSN was a person aggrieved and thereby having locus standi to file the action. Reference was made to McLaren International Ltd v Lim Yat Meen [2009] 4 CLJ 749, APEDA & Ors v Syarikat Faiza Sdn Bhd [2011] 9 CLJ 594 and Lian Bee Confectionery Sdn Bhd v QAF Ltd [2012] 3 CLJ 661, in which an aggrieved person was defined as “someone who has some element of legal interest, right or legitimate expectation in its own mark which is being substantially affected by the presence of the registered trade mark … It does not apply to an infringer of the said registered trade mark.”

The Court found that MSN was “a person aggrieved” within the ambit of Sections 45 and 46 of the Malaysian Trade Marks Act 1976 (“the Act”). MSN was both in fact and in law the first user of the Design since its creation, whereas Mesuma was only a paid contract supplier, appointed in 2006 to produce garments carrying the Design. Mesuma knowingly misrepresented itself to the Registrar of Trade Marks as the first user of the Design when filing the application for registration. The resulting registration was therefore unlawful as it was made in bad faith under Section 46(1)(a) of the Act, to the benefit of Mesuma at the expense of its rightful owner, MSN.
The Court ordered the rectification of the Trade Mark Register by removing the two trade marks registered in Mesuma’s name.

It is interesting to note the trial judge’s obiter remark that “[t]he conduct of the Appellant cannot help but remind us of the proverbial camel and the Arab in the tent. The Respondent brought the Appellant in and after three years of doing business with the Respondent, the Appellant now wants the Respondent out. Surely, this conduct of the Appellant, like that of the camel, cannot be condoned.”
This case highlights the importance of striking while the iron is hot – that is, registering one’s trade mark (or other IP rights) at the first possible opportunity. Otherwise, third parties may take advantage of the situation and file the mark in their own name, resulting in unnecessary complications.