IKEA v IkeaHackers: the Trade Mark Dispute That Never Was 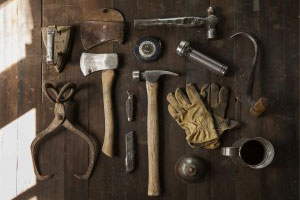 The Malaysian IP scene was recently abuzz with a brief yet colourful trade mark feud involving one of the country’s most beloved brands.

IkeaHackers.net is a fan-run website which hosts user-generated ideas on modifications and repurposing of products made by the Swedish furniture giant IKEA. The site was established in 2006 as a compilation of product modifications, or “hacks”, by IKEA customers found on the Internet. The site has since expanded and become immensely popular, with more than two-thirds of its visitors coming from the United States and Europe. As stated on the website’s disclaimer, IkeaHackers.net is not affiliated with IKEA in any way, nor is the site endorsed, sanctioned, or funded by IKEA. The website earns revenue mainly through advertising.

In June 2014, IKEA issued a cease & desist letter to the website’s Malaysian founder, who goes by the pseudonym Jules Yap. According to IKEA, the website’s name infringed on its intellectual property rights, and Ms Yap was asked to voluntarily transfer ownership of the domain name IkeaHackers.net to IKEA by 23 June, failing which they would initiate legal proceedings against IkeaHackers. After further negotiations, Ms Yap was told that she could retain ownership of the domain name on the condition that all advertisement on the website is taken down.

This revelation sparked heated discussion, not only among the website’s dedicated fan base, but also throughout the Internet community at large. Various news portals picked up on the story. IKEA justified their demands by stating inter alia that the public has a right to identify and purchase genuine IKEA products. They further iterated that usage of the IKEA name by other entities would create confusion and adversely affect the company’s interests as the proprietors of the mark.

After numerous consultations, IKEA eventually suspended their legal action a few days before the 23 June deadline, pending an “[evaluation of] the situation, with the intention to try to find a solution that is good for all involved.”

For now, the spectre of a legal suit no longer hangs over IkeaHackers.net; at the time this article was written, the website is still up and running, and it is business as usual. The future is less clear, however, and it remains to be seen whether Ms Yap and IKEA can, in due course, find an amicable solution for both parties.