A short commentary on the potential IP implications of “Pokemon marketing”: a Go, or no Go? 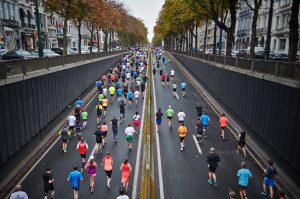 Pokemon Go – even if you are not a user of this mobile-based, augmented reality game, the sheer amount of buzz Pokemon Go has created is enough to make history.

With the popularity of Pokemon Go showing no signs of slowing down, enterprising individuals and businesses around the world have hopped on the hype bandwagon in efforts to ‘catch’ more customers. In Singapore, large malls and real estate companies have announced that they will be making use of certain functions offered within the app to draw crowds to their malls. Many others offer promotions and discounts surrounding Pokemon Go. As businesses continue to find creative ways to tap on the popularity of the game, this begs the question: are there IP issues to be aware of?

Based on a strict, plain reading of the terms of service, businesses that download the app for purposes contrary to that expressly stated may be vulnerable to legal conflict. However, given the staggering amount of businesses all over the world that are making use of the “Pokemon marketing” strategy, it is interesting to see where Niantic would draw the line. Whilst it is not known how many businesses currently engaging in “Pokemon marketing” are doing so without Niantic’s prior consent, according to reports that we are aware of, Niantic appears to have so far taken action against third parties who are influencing the game play directly as opposed to targeting unrelated businesses (e.g. food and beverage, retail) that are using the Pokemon Go name, logo or Pokemon characters to advertise and promote their services and products. It was reported that popular third-party tracking apps and services such as PokeVision and PokeHound, which arguably make the game easier, have since been shut down after legal disputes with Niantic.

Only Niantic would know if this apparent approach may change in the near future, as they move from user-generated revenue to commercial Pokemon Go sponsorships. The gaming company has since announced collaborations and sponsorships with McDonald’s and SoftBank in Japan. With the moves towards partnerships with large sponsors, it may pay more attention to third parties who heavily promote and advertise their food and beverage, retail or car-hire services using Pokemon Go and may as a result compete with Niantic’s business partners for lucrative gamer traffic. Further, Niantic has apparently been exploring the offering of sponsored locations to businesses on a “cost-per-visit” basis, perhaps in response to the fast-growing trend of “Pokemon marketing”. If implemented, the new development may change the state of play in the ongoing trend of leveraging on Pokemon Go for business promotional purposes.

Businesses that are interested in engaging in the varied forms of “Pokemon marketing” should not only stay vigilant and responsive to any developments in the “Pokemon marketing” scene, but also be aware that they may be exposing themselves to legal risks if they do so without permission.