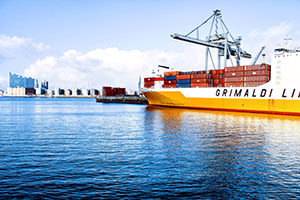 In most (if not all) countries, patents can only be granted over inventions which are new, non-obvious (i.e. possess an inventive step), and capable of industrial application.

Brief Summary of the Facts

The Plaintiff was the proprietor of two Singapore patents over a coupling device (commonly known as a twistlock) used to secure shipping containers.  One of the Singapore patents (“the 370 Patent”) and its corresponding European patent were based on the same PCT application.  The 370 Patent was granted in Singapore on 31 March 2008.

The Plaintiff commenced infringement proceedings against the Defendants (a twistlock manufacturer and its distributors) on 5 May 2010.  The Defendants denied infringing the Plaintiff’s patents and filed counter-claims to invalidate the patents for lack of novelty.

The issue before the Court was whether the 9 proposed amendments to the 370 Patent should be allowed.

Under the Singapore Patents Act (“the Act”), an amendment to the specification of a patent would be disallowed if the proposed amendment disclosed additional matter, extended the protection of the patent, or lacked clarity and conciseness.

The Court rejected 6 of the 9 proposed amendments on the basis that they did not comply with the requirements under the Act.

More interestingly, the Court exercised its discretion to reject the remaining 3 proposed amendments (even though they satisfied the formal requirements under the Act) on the following grounds:

The Court commented that the Plaintiff’s actions in the present circumstances constituted “covetous conduct”, and added that it would exercise its discretion to punish patentees for their unreasonable conduct, even when no advantage had been gained.

For the reasons above, the Court dismissed all of the Plaintiff’s proposed amendments.