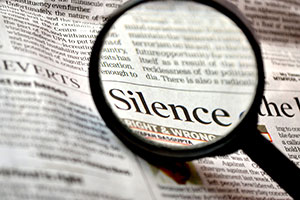 Employee confidentiality obligations are commonly set out as express terms in most employment contracts. Once an employee resigns or otherwise has his employment terminated, the corresponding obligations end as well. However, an employee may continue to be bound by restrictive covenants that survive the termination of his or her employment if the restraint seeks to protect the employer’s legitimate interests. Clearlab SG Pte Ltd v Ting Chong Chai [2015] 1 SLR 163 clarifies the scope of such legitimate interests, particularly in the area of confidentiality.

Brief Summary of the Facts

Clearlab SG Pte Ltd (“Plaintiff”) is a company engaged in the manufacture and sale of contact lens. It has amassed a wealth of confidential information in relation to the manufacturing of contact lenses. The Plaintiff brought a suit against 4 of its former employees (“Defendants”), among others, each of whom had allegedly used its confidential information to set up a competing business in a rival company without authorisation.

The Plaintiff relied on the confidentiality clause in the respective employment agreements to support its claim that the Defendants were liable for breach of confidence.

The classic elements of finding a cause of action under breach of confidence are as follows:

Preliminary Issue: Can an employer enforce an a restrictive covenant against an ex-employee for the unauthorised use and disclosure of confidential information, falling short of a trade secret

Before engaging the parties’ submissions on this point, the court pointed out that the above proposition was, strictly speaking, not the key holding of Faccenda, and that has it has also been doubted in subsequent foreign decisions. The court noted that there has been no “detailed analysis” of the matter in Singapore, and considered two approaches that were open to the court in this regard (at [70] and [71]):

With that in mind, the court went on to scrutinise the judgment of Neill LJ in Faccenda. The court observed that the word “trade secret” was used in juxtaposition to “skill and knowledge” in the relevant passages of Faccenda, and found that Neill LJ was not trying to identify any “degree of confidentiality necessary to grant protection” (at [74]). The court eventually concluded that Faccenda was “silent on whether an express restrictive covenant may legitimately cover confidential information which is not a trade secret” (at [75]).

Having found that the degree of confidentiality (and thus the status of the information) was not a relevant question in the assessment of whether a restrictive covenant was enforceable, the court leaned towards the freedom of contract approach and held that the parties were “free to agree to protect the confidential information of the ex-employer, subject always to the restraint of trade doctrine” (at [75]). The court thus did not find it necessary to decide whether the confidential information relied upon by the Plaintiff were trade secrets or not (at [80]).

The court then went on to analyse the specific instances of breach of confidence, and was satisfied that all the elements were all made out on the facts.

This decision is eminently pragmatic as it can be difficult to ascertain where exactly in the spectrum of confidentiality a piece of information would be characterised as a trade secret. Where parties have expressly agreed to be bound by obligations that survive the termination of the agreement, courts should be slow to interfere with parties’ personal autonomy to contract, save in circumstances where the contract becomes void or voidable. By preferring freedom of contract, the court has introduced certainty into the law.

While the decision appears to favour employers, it should be emphasised that the enforceability of restrictive covenants is still subject to the restraint of trade doctrine, which dictates that a restrictive covenant should goes no further than necessary to protect the confidential information in question. Further, where the confidential information forms part of an ex-employee’s general skill or knowledge during the course of employment, the courts would be “disinclined to enforce the agreement” (at [78]).