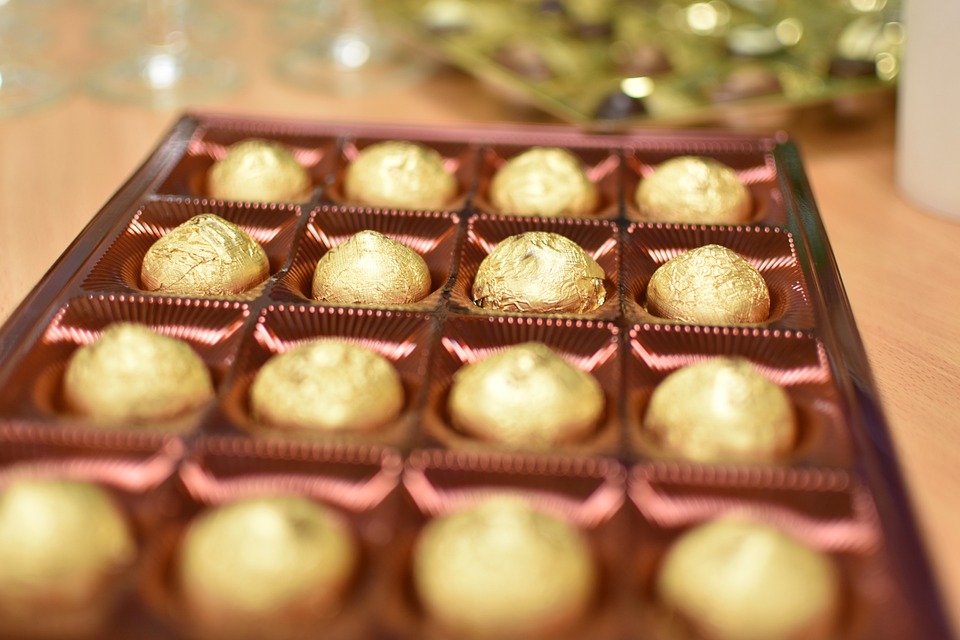 In the matter of a trade mark application by Ferrero S.p.A. [2019] SGIPOS 19, the Intellectual Property Office of Singapore (the “Registry”) quite recently dealt with a rare instance of a well-known confectionery manufacturer attempting to obtain trade mark protection in Singapore for the shape and packaging of one of its popular chocolate-based products.

On 23 December 2013, Ferrero S.p.A. (the “Applicant”) filed a trade mark application in respect of the shape and packaging of its FERRERO ROCHER chocolate pralines consisting of “the 3-dimensional ball shape chocolate wrapped in a golden foil, with a white sticker on top of the chocolate and resting in a brown and gold striped paper cup” (the “Application Mark”) in respect of “Pastry and confectionery, pralines, stuffed wafer, chocolate and chocolate-based products, ices” in International Class 30. After repeated objections from the Registry on the ground of the Application Mark’s lack of distinctiveness, the Applicant eventually sought a hearing with an IP Adjudicator.

In his grounds of decision, the IP Adjudicator maintained the objection and based his objection on various grounds.

Firstly, the IP Adjudicator held, under Section 7(1)(b) of the Trade Marks Act (Cap 332, 2005 Rev Rd) (the “Act”), that the Application Mark lacked the requisite inherent distinctiveness.

The IP Adjudicator noted that the Application Mark could be characterised as a composite mark which comprises a design that is a combination of 3D shapes, aspects of packaging and colours. He also noted that while the Application Mark is an unusual combination of the above elements in the eyes of the average consumer, it remains representative of packaging that is largely functional and is common to the goods for which registration is sought. Accordingly, it is unlikely that the average consumer would view the Application Mark as a clear indicator of the origin of the goods claimed for registration.

Secondly, the IP Adjudicator held, under Section 7(2) of the Act, that the Application Mark lacked acquired distinctiveness.

While there was clear evidence of overwhelming sales and promotion in Singapore in relation to FERRERO ROCHER pralines, the evidence also showed that the significant majority of such sales was based on packaging that prominently featured the word mark “FERRERO ROCHER”. Furthermore, a significant part of the evidence relating to promotional efforts did not show the Application Mark in its entirety. Accordingly, such evidence did little to dispel doubts that the Application Mark can, in and of itself, function as an indicator of trade origin.

1. This decision provides a cautionary tale for business owners who are seeking to obtain trade mark protection for their extensively-used product packaging. In particular, when the packaging involved is a combination of functional and decorative elements that is commonly utilized for the goods claimed for registration, a mark representing such packaging is unlikely to possess the required inherent distinctiveness.

Hence, it is essential for business owners to understand how the registrability of their product packaging as a trade mark depends on how such packaging has been used in the course of trade.

2. Even if a trade mark does not possess inherent distinctiveness, acceptance of a trade mark application may depend on whether an applicant has amassed extensive evidence of use in commercial documents, such as invoices and receipts, and marketing and promotional materials (i.e. to show acquired distinctiveness). When considering evidence of use, business owners should show their trade mark in the form that it is sought to be registered. It should, as far as possible, exclude the presence of other signs that can be clear trade origin indicators. For instance, in the above case, the evidence adduced showed extensive usage of a recognizable brand name (“FERRERO”) in conjunction with the packaging that was sought to be registered. Thus, it was difficult to assert that the Application Mark was being used in a trade mark sense.

As such, it is crucial for businesses to understand how their mark is or will be used in the market. In the case of common consumer goods, promotional, advertising and marketing materials are commonly-used mediums to disseminate images of marks. Particular care has to be taken in terms of how each mark is portrayed via such mediums.

3. To show acquired distinctiveness for shape marks and non-literal 3D marks, any evidence from surveys has to show that consumers can rely on the packaging alone to conclude that the goods represented originate from and are manufactured by the applicant, which in this case, would be Ferrero S.P.A. In contrast, the survey questions from this case, which merely asked consumers if they could recognize the brand “FERRERO” from the packaging, fall short of establishing such reliance. Interestingly, the requirement of reliance has yet to be satisfied at both the Court and Registry level in Singapore. In light of such uncertainty, business owners may consider adducing extensive evidence of commercial use of their packaging to show acquired distinctiveness, in the manner outlined above.

Should you wish to obtain further information on how you may obtain trade mark protection for your business assets such as logos, brand names and product packaging, or wish to know how your existing trade marks should be used or marketed, please feel free to contact our Mr Bryan Soon at .