Perspective on Alternative Dispute Resolution – A contribution to Asia IP 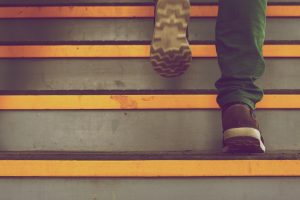 These days, IP disputes between big companies seem to be regularly plastered all over the media (Apple vs Samsung, Christian Louboutin vs Yves Saint Laurent and so on), suggesting that bringing disputes before courts is the way to go. “However, litigation may not necessarily be best equipped to address the distinct elements of an IP dispute,” says Kevin Wong, director at Ella Cheong LLC in Singapore. “Whilst the efficiency of the court system in Singapore is acknowledged, one of the major downsides of litigation is the mentally and financially draining process – often resulting in a battle between who has the better ‘stamina,’ rather than a constructive process addressing real concerns. This brings to focus the concept of ADR, which generally refers to any method of resolving disputes other than the full works of the court litigation process.”

One of the key draws is that parties can formulate and adopt a framework of procedures and rules that they are comfortable with for the conduct of arbitration. “Having a neutral denominator of common expectations that is not restricted to domestic procedural laws may serve to offer flexible outcomes for dispute resolution, such as licensing and cross-licensing, adjustments to royalties and other innovative business solutions not typically available as remedies in the courts,” says Eileen Fong, a legal associate at Ella Cheong LLC in Singapore. “Further possible advantages include time and cost-efficiency.”

In fact, the Singapore International Arbitration Centre has seen a substantial increase in the number of cases handled over the past decade, and is one of the key arbitration centres in Asia. Singapore’s adoption of the UNCITRAL Model Law on International Commercial Arbitration facilitates arbitration in an environment conducive to resolving disputes, with minimal judicial interference, Wong says. “Arbitration awards are also generally enforceable in the more than 150 countries which are party to the New York Convention. While IP disputes currently constitute a relatively small proportion of SIAC cases, the popularity of this ADR option could perhaps trend upwards over time.”

Mediation is also gaining some traction in Singapore, Fong says. “Unlike arbitration, mediation is a non-binding process. Parties are free to withdraw from the mediation track after their initial meeting with the mediator.”

One of the driving forces of the gradual gain in popularity of mediation among IP owners is the support and encouragement of the Singapore courts and the Intellectual Property of Office Singapore, Wong says. “For example, in IP proceedings before IPOS, parties are given time to consider mediation after pleadings are filed. In addition, parties can submit to mediation at the WIPO Centre Office in Singapore at any stage before hearing, and the IPOS proceedings will generally be suspended for agreed periods.”

Since January 1, 2016, the WIPO Mediation Rules have allowed for a unilateral request for WIPO mediation by a party to a dispute before IPOS.

After such a request is filed, the WIPO Centre will approach the other party to help them consider WIPO Mediation. The administration fee for a WIPO Mediation is substantially discounted, and the mediator’s fees are based on a fixed scale. Furthermore, a Mediation Promotion Scheme has also been launched whereby funding assistance for WIPO Mediation will be available from April 1, 2016 until March 31, 2019, subject to certain terms, says Fong.

Notwithstanding the above ADR options, where a private settlement is not on the cards, IP owners should remain realistic and pragmatic about their expectations when deciding which option to adopt for dispute resolution, Wong says. “The reality is that the monopolies afforded to IP in general (with trademarks being the main exception) are for limited terms during which the IP owner has an exclusive right to exploit the IP commercially.

Beyond those terms, the IP falls into the public domain for anyone to use.

Any backlog of cases awaiting hearing and the formal court process all contribute to what can be a significant delay, and resultant erosion of the term of IP protection inhibiting the IP owner’s full commercial exploitation of the IP. While arbitration may be expected to be a somewhat faster option, the still relatively formal structure and potentially extensive evidentiary process involved, if not properly managed by parties, may bring about similar erosion.”

Further, while parties may find the prospect of retaining control attractive, not all disputes are suited for mediation. “In cases of blatant counterfeiting, mediation is unlikely to work due to a lack of mutual cooperation. Mediation is also unlikely to be useful where the IP owner wishes to assert IP right ownership and stop alleged infringement,” Fong says. “Conversely, mediation is extremely attractive if parties wish to save time and costs, maintain control and confidentiality in settling their dispute, and retain and/or possibly further an existing business relationship.”

Hence, for disputes between parties in an ongoing contractual relationship, mediation can assist parties in achieving a mutually workable solution that meets their business interests, instead of getting bogged down by an insistence on their strict legal rights, says Wong.

There is no “one size fits all” approach. A holistic approach should be taken in dispute management, and perhaps one of the key considerations when deciding which dispute resolution option to take should be: what is the outcome that I want to achieve? “The value that litigation may offer should not be forgotten, especially if the IP concerned is highly valued by the business and budgetary constraints are not a main concern. A successful litigation may fortify an IP and its market position, and thereby attract gains in commercial value and confidence amongst consumers and stakeholders.

However, this should be weighed against the uncertainty of litigation and the time and cost involved in the process, which could easily turn things around, especially if expectations are overly optimistic and ambitious,”

Fong says. “With its main general benefits of flexibility, confidentiality and time and cost savings, ADR helps fill the gap as a window of opportunity to achieve an outcome that may be better aligned with overall business interests.”

This article is part of a written piece first published on Asia IP. The full article is accessible at the following link: http://asiaiplaw.com/article/39/2567/