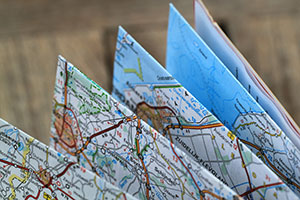 A new Geographical Indications (GIs) Registry and other legislative changes relating to GIs are being introduced in Singapore. Briefly, a GI is an indication that serves as an identifier in trade of the geographical origin of products (this is unlike the more commonly known concept of a trade mark (TM), which is a sign that serves as an identifier in trade of the business origin of products). GI protection is generally afforded in respect of an indication used in trade to identify those goods as originating from a country that is party to the Paris Convention or a member of the World Trade Organisation (WTO) or a region or locality in such country, where a given characteristic(s) of the goods is essentially attributable to that country, region or locality.
Currently, such GI protection is automatic and there is no prescribed system specifically for registration of GIs.
The implementation of the GIs Registry under the proposed changes would be line with Singapore’s commitments under the European Union-Singapore Free Trade Agreement (EU-SFTA). When the GIs Registry is in place, relevant producers, competent authorities and trade organisations or associations would be able to apply for registration of (i) wines and spirits GIs, and (ii) GIs selected categories of agricultural products and foodstuffs. Once a GI is registered, such registration would prevent registration of a TM consisting of or containing the GI.
The proposed changes include amendments to the TM Act to align with the changes to the GI Act. For example, the amended TM Act would allow registration of a TM applied for or continuously used in good faith for trade, prior to the application to register the GI or the date the GI attained protection in its originating country.
Under the proposed changes, registered GI owners would also be able to rely on improved border enforcement measures. In addition, registered owners would be accorded a higher level of protection against offending use of their GIs by third parties. Examples of such higher level of protection include extended remedies such as an order for delivery up of goods, material and articles, and a further order for such goods to be destroyed or forfeited.
The various changes will come into force in stages after the Geographical Indications Bill is passed by Parliament. Interested applicants should prepare for the registration phase, which is anticipated to be opened possibly within the second quarter of 2014. Subsequently, the enhanced protection for registered GIs should be implemented in the first quarter of 2015, after the EU-SFTA comes into force. Finally, the new border enforcement measures are slated to be introduced within the next few years.
These upcoming changes, which herald the advent of enhanced protection afforded to GIs, look set to raise the profile of GIs in Singapore. Interested parties may therefore wish to take steps to properly protect their GIs in Singapore under the new registration system for GIs, once it becomes available.