Trader keeps the [good] faith in a spare part in trademark doublebill: a case study in the case of Audi AG v Lim Ching Kwang 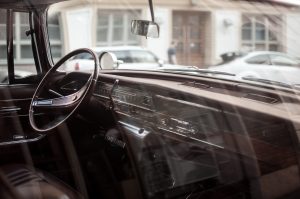 This article was first published on IPKat on 23 February 2017. For further information please visit http://www.ipkat.com/.

“In the Intellectual Property Office of Singapore case of AUDI AG v Lim Ching Kwang [2017] SGIPOS 2, German car maker AUDI AG applied on 31 March 2015 to revoke and declare invalid Registration No. T0911230B for a stylised trade mark “AOne”, in the name of Lim Ching Kwang, a spare parts trader. The mark is registered in respect of Classes 7 and 12, of which the proceedings involved only the latter class. The grounds for revocation and invalidation are respectively Section 22(1)(a) and (b), and Section 23(1) read with Section 7(6), of the Trade Marks Act (TMA).

Revocation–In respect of the revocation application, the Registrar had to decide whether the mark has been put to genuine use in relation to the Class 12 goods it covers during the period of non-use alleged by AUDI. Taking into account all the relevant circumstances and the evidence tendered by Lim, including emails, quotations, purchase and delivery orders, invoices, and pictures of packaging boxes labelled with the mark, the Registrar found that Lim has made genuine and not mere token, colourable or internal use of the mark in relation to torque rod bushes during the relevant period.

The Registrar disagreed with AUDI’s argument that an instance of Lim’s use of “AOne” in plain font in an e-mail quotation does not constitute use of the stylised “AOne” mark as registered, stressing that the adduced items of evidence must be considered in totality. The Registrar was also sufficiently convinced that, on the balance of probabilities, another instance of Lim’s sale of torque bushes to a local company involved use of the mark as labelling on box packaging for the goods. This is even though the fact that “AOne” brand label stickers were shipped to Singapore together with torque bushes, when looked at in isolation, does not show that such use materialised. As noted, the evidence must be considered in totality.

Nevertheless, as Lim failed to show use of the mark in respect of all the Class 12 goods covered by his registration, the Registrar proceeded to decide that the limitation of the specification to “torque rod bushes” would be fair for the use made. AUDI therefore partially succeeded in revoking Lim’s registration with effect from 19 January 2015, save for this lone item.

Invalidation–As for the invalidation action, the Registrar had to decide whether the mark was applied for in bad faith. AUDI’s case was that Lim’s specification is overwhelmingly broad in reproducing the entire list of Class 12 goods in the Alphabetical List of the Nice Classification, and clearly it cannot be a realistic or bona fide intention to use the mark for all the goods. To support this, AUDI further relied on the modest scale of Lim’s business, judging from its paid-up capital.

The Registrar held that it is baseless to conclude that a specification is too broad merely because it encompasses all the goods in the Alphabetical List of the class concerned. Neither is paid-up capital a reliable indication of the present and future trading capacity of a business. Furthermore, it is legitimate and not prohibited by law to seek registration encompassing present as well as intended future uses of a mark, and applying for a specification wider than current trading scope does not impute a departure from established principles of ethical conduct or honesty in commercial dealings.

Although the mere length or breadth of a specification is no basis for a conclusion of bad faith, the Registrar further held that a lack of intention (at the time of filing) to use a mark for all the goods claimed can constitute bad faith, given that the form of application for registering a mark incorporates a declaration of actual or bona fide intention to use. Given Lim’s legitimate spare parts business and market expansion intentions, coupled with the lack of evidence of unconscionable conduct or moral impropriety on Lim’s part, the Registrar decided that the high standard of proof for a bad faith claim has not been met. AUDI therefore failed in this invalidation action.