Use with consent, or use without consent: that is the question. – In the The Case of Romanson Co., Ltd v Festina Lotus, S.A [2015] SGIPOS 3 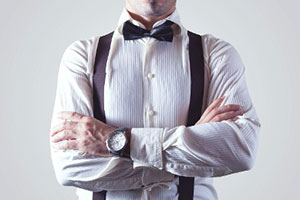 On 2 February 2015, it was decided that the Applicant, Romanson Co., Ltd, successfully revoked Trade Mark Registration no., T9004265I for the Festina Mark on the basis of non-use under section 22(1)(a) and (b) of the Trade Marks Act.

In Singapore, a trade mark registration may be revoked under section 22(1) on the basis that the mark has not been put to genuine use in the course of trade in Singapore, by the proprietor or with his consent. An important aspect of this revocation decision is the in-depth analysis on the meaning of “consent” under section 22(1) and what is required to establish the same.

These issues surfaced due to the nature of the evidence adduced by the Respondent. The bulk of the evidence relied on to establish use were printouts from third-party websites featuring FESTINA watches for sale. As such, the question arose as to whether use of the mark by an unrelated third party is sufficient to satisfy the requirements under section 22(1). A brief summary of the respective positions are indicated below:

In addition, the Respondent submitted that the meaning of “use” in section 22(1) should be analysed with regard to Singapore’s doctrine of “international exhaustion” in section 29. The Respondent argued that “it would be a perverse contradiction to recognise and declare parallel import “use” as being non-infringing under Section 29(1) on the basis of the proprietor’s deemed consent, yet in the same breath denying the proprietor the benefit of such use under Section 22(1) on the basis that the proprietor has not consented to it”.

Further, Respondent argued that in any case, the issue of “consent” is a red herring as they had fulfilled the requirements of section 22(1) by virtue of affixing the mark to the goods (and its packaging), so long as the goods remain in the market in Singapore. In support of this argument, the Respondent relied on the Australian case of E & J Gallo Winery v Lion Nathan Australia Pty Ltd [2010] HCA 15. The Respondent also argued that consent is only an issue if there is a dispute as to whether the goods in question were manufactured by the proprietor.

The Applicant argued that the relevant “consent” in section 22(1) should be viewed as a reference to a licence from the trade mark proprietor to use the trade mark and that the Singapore courts require some element of control or supervision before a licence can be considered valid, citing the case of Weir Warman Ltd v Research & Development Pty Ltd [2007] 2 SLR(R) 1073. The Applicant submitted that there was no evidence of such control or supervision in the present case.

The Applicant also submitted that a mere statement by the Respondent that they do not object to the “use” of the Festina Mark by third parties is not sufficient to establish the required consent and relied on several UK cases, including Einstein Trade Mark [2007] RPC 23, for support.

Upon evaluating both parties’ positions, the Registrar found that it is more appropriate to refer to the position in UK than in Australia. In addition, the Registrar decided that:

“All FESTINA watches are designed by the [Registered Proprietors’] in-house designers and manufactured by [their] own facilities. The [FESTINA Mark] is not licensed for use by other parties.” (Emphasis added)

In view of the factual circumstances, the Registrar ultimately decided that even if the required consent was sufficiently proved, the evidence was not sufficient to prove “genuine use” of the Festina Mark and the Applicant succeeded in this revocation proceeding.

While it remains to be seen whether the Registrar’s decision on the issue of “consent” under section 22(1) will be followed in subsequent cases, this case has certainly provided clarification on this aspect of trade mark revocation in Singapore. This is a much welcomed development given the growing reliance on evidence of online use of trade marks by proprietors.